Clinical research suggests that there is a relationship between the consumption of tea and the prevention of cancer. While most studies have been done on green tea, and much ado has recently been made about the health benefits of green tea, the few studies that have been done on black tea have found that black tea has been linked to protection against some specific cancers.

In over 51 clinical studies that included over 1.6 million people, researchers looked for a link between tea consumption and cancer, which researchers studied looked for an association between drinking green tea and cancers, such breast and other gynecological cancers, prostate and other urological cancers, lung cancer, esophageal cancer, and digestive tract cancers. The evidence that the consumption of green tea might reduce the risk of cancer was conflicting. Some of the studies found a positive relationship while others find an averse or neutral association. This means, that drinking green tea remains unproven in cancer prevention, but again, may have some cancer prevention benefits. 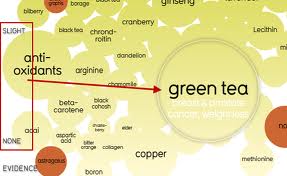 What Makes Tea so Special in the Prevention of Cancer?

Tea is a multifaceted mix of several elements. Depending upon its processing level, tea varies in its composition of simple polyphenols, called catechins, complex polyphenols, such as theaflavins, thearubigins, and theafulvins, amino acids, caffeine, fluoride, aluminum, minerals, and other elements. The catechins are thought to be linked with health benefits derived from tea.

In green tea, the most abundant catechin is EGCG (aka epigallocatechin-3-gallate), which means that it has the highest level of antioxidants when compared to other types of tea. Black tea and Oolong tea have much lower concentrations of EGCG than does green tea due to their extended levels of processing, which translates to extended oxidation of the tea leaves. However, the extended processing of tea leaves results in the formation of different, larger molecules, or complex polyphenols, like theaflavins, thearubigins, and theafulvins. Oolong tea, which is processed in a range between green tea and black tea, contains a mixture of simple polyphenols and complex polyphenols. White contains amounts of EGCG similar to that of green tea, but has different amounts of other polyphenols.

Tea and the Prevention of Cancer Studies

So now that we’ve looked at the chemistry of tea and learned that tea consumption may have some benefits in the prevention of cancer, but that it isn’t a cure all for it, let’s look at a summary of some of the actual findings of teas relationship to the prevention of specific cancer.

Animal studies and test tube clinical studies suggest that catechins found in the green tea hinder the development of cells that cause breast cancer. In a study of women (472) in varied stages of the disease, researchers discovered that the participants who had drunk the greatest amount of green tea had the slightest spread of breast cancer – these results were particularly found in women of pre-menopausal age who were in the initial stages of the cancer. Researchers also discovered that participants who were in the initial stages of breast cancer who also drank a minimum of 5-cups green tea daily prior to diagnosis were less apt to experience a recurrence of cancer after completing treatment.

However, participants in later phases of the diseased were found to have little to no noticeable improvement from the consumption of the green tea.

In another large-scale breast cancer study, clinical researchers discovered that the consumption of green tea, or of any other tea type, was not linked to reducing the risk of the disease. Yet, when segmenting the study into age groups, researchers did discover that participants under the age of 50, (pre-menopausal, perhaps?) who consumed at least 3 cups of tea a day had a 37% less chance of developing breast cancer when compared to those who didn’t consume tea. 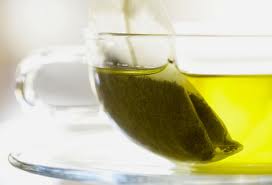 Still, some might consider the evidence of tea having any role in the prevention of ovarian cancer inconclusive as there have been other clinical studies that found tea to have no cancer prevention benefits.

While test tube studies of green tea catechins have shown a link to the inhibition of the growth of lung cancer cells, there has been little research on a link between tea and human beings. And there has been some conflict in the studies that have occurred. One clinical study discovered that Okinawan, a type of tea that is similar to green tea but is partially fermented, was linked to a decreased risk of developing lung cancer, predominantly among women.

However, another study revealed that both green and black teas considerably increased a risk of developing lung cancer. More research is any conclusions can be drawn about tea’s impact on lung cancer.

However, another clinical study revealed the opposite to be true: drinking green tea was linked to a higher risk of developing the disease; moreover, the hotter a tea drink, the higher the risk.

A study of 871 avid tea drinkers located in the Golestan region of Afghanistan, where there is the highest rate of esophageal cancer, found worldwide, discovered a link between this disease and drinking scalding tea. Those study participants who waited 2 to 3 minutes before drinking their tea had almost 2.5 times greater likelihood of developing the cancer when compared to tea drinkers who waited no less than 4 minutes. Those waiting less than 2 minutes were found to be 5.4 times more likely to develop the disease.

Little clinical research has been done investigating a link between tea and bladder cancer, but the studies that have been done are quite positive.  One study comparing people with and without the disease discovered that women who consumed powdered green tea and black tea were less apt to develop cancer of the bladder. A follow-up study by the same research group found that bladder cancer sufferers (primarily men) who consumed green tea had a considerably greater 5-year rate of survival than those who didn’t consume the tea.

Test tube research has found that extracts of green tea prevent the advancement of cells related to prostate cancer. A huge clinical study done in the Southeast of China found that a risk of developing prostate cancer decreased with the greater frequency and quantity of a green tea extract intake. Yet, both the extracts of green tea and black tea were found to stimulate genes that caused cells to have a less reactive interaction to drugs used in chemotherapy. In light of this possible interaction, people undergoing chemotherapy shouldn’t drink either black tea or green tea, or extracts of them. 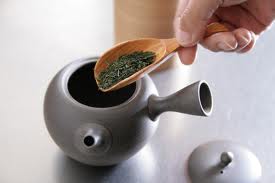 In 2 studies, clinical researchers discovered that people consuming a green tea were approximately half as apt to developing cancer of the stomach and/or gastritis (stomach inflammation) as participants who didn’t drink the green tea. Yet, a study in Japan that included the greater of 26,000 women and men revealed no link between consuming the green tea and the risk of developing stomach cancer. Some research in clinical studies has even suggested that consuming green tea might raise the risks associated with the disease.

As you can see here, so many studies remain inconclusive regarding tea and its effect on the development of cancer in our bodies. I tend to lean towards the positive results of the studies, maybe because I want to believe in the benefits of drinking green tea, or maybe it’s because I realize that no one would be studying the health benefits of green tea or any other tea if there wasn’t some strong indication that the benefits were in some way very remarkable.