Many studies have been done in recent years on the health benefits of tea, looking at it from many different perspectives, such as its impact on cancer, heart disease, or stroke. And we’ve seen some very encouraging results from these studies, indicating that we may have a lot to gain by consuming a few cups of this amazing beverage every day.

But it appears that the one thing you won’t gain from drinking tea is weight. A number of the studies intent on determining the health benefits of tea focused on whether tea consumption had any effect on weight loss, and ultimately some of the studies found answers to important questions like: 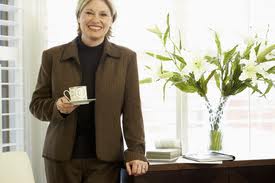 Let’s take a look at what research has shown us:

Does Drinking Tea Have an Impact on Weight Loss?

Clinical studies have shown that tea does indeed have a positive impact on weight loss and it does this by boosting metabolism (burning calories) and promoting the oxidation of fat, or the burning of stored fat for energy.

Over 70 laboratory studies (test tube and animal) confirmed a relationship between weight loss and consumption of green tea, and per Dr. Wolfram, the 9 human studies that were conducted resulted in reports of decreases in fat mass and body weight.

The component of tea that helps to promote weight loss is the same component that is responsible for so many of the great benefits that we obtain from drinking tea, and that is the polyphenol (a multi-faceted chemical) called epigallocatechin gallate, or more simply put, EGCG. And, as the name suggests, it is also known as a catechin.

Other antioxidant catechins in the polyphenol family, along with EGCG, that are found in green tea have been shown to have a wide variety of potential health benefits. Studies have shown that they may lower cholesterol levels, increase the blood’s antioxidant activity, reduce incidences of gum disease and cavities, contribute to fighting several types of cancer, reduce high blood pressure, and contribute to a healthful immune system.

There are actually 4 different types of catechins found in tea, and different types of catechins have different levels of antioxidant potency. But, EGCG reigns as the most potent catechin, having the most powerful impact on weight loss and other health factors. The other catechins, in order of potency (the next most potent to least potent) are: epicatechin gallate (ECG), epigallocatechin (EGC), and epicatechin (EC) – and they are also very good antioxidants.

Which Types of Tea Have the Most Impact on Weight Loss?

Much of the research on the health benefits of tea have focused on green tea as a beverage, and that certainly includes weight loss research. But, studies have also been done to investigate the link between weight loss and the consumption of oolong tea (a more processed, or oxidized, type of tea) as a beverage, as well the consumption of tea extracts.

In some studies the consumption of oolong tea outranked green tea in terms of promoting increased energy expenditure (EE). In 2003, a study out of Japan compared green tea to oolong tea in weight maintenance. Eleven student participants – all of which were women – were provided certain tea; some were given oolong tea, others given green tee, and still others were given water to drink. Then, they were studied soon after drinking the tea to determine their individual level of EE.

Additionally, in 2006, the Suntory Pharmaceutical Research firm reported their R&D department’s findings that the polymerized polyphenol chemicals found in oolong tea had demonstrated an anti-obesity impact in experiments using mice.

They found, as in other investigations into the consumption of oolong tea and its effects on health, that the extended oxidation of the tea leaf during processing, beyond that of the green tea leaf which has near zero oxidation (Oolong teas are teas that range in processing anywhere between a green tea at zero oxidation and black tea at full oxidation) were key contributors in oolong tea’s influence in weight loss.

How Much Tea Must One Consume To Gain Weight Loss Benefits? 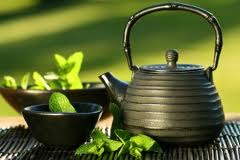 While many studies have shown that 3 to 4 cups of tea will create some benefits derived from green or oolong tea, some research indicates that about 10 cups of tea a day needs to be consumed in order to receive the maximum benefits associated with EGCG.

In fact, a research study out of China found that EGCG catechin doses of around 600 to 900 mg achieved the greatest impact on reducing abdominal fat, BMI, and weight loss.

An ordinary cup of green tea has about 100 mg of catechins, give or take a few mgs depending on variances in steeping time, water temperatures, and the tea’s regional origination. If the research study is spot on, we could float away drinking all of that tea. If we do the math, it would be like drinking 6 to 9 daily cups of tea. This is where a tea extract comes into play.

When catechins are extracted from the green tea leaf to use in tablets, capsules, or liquid at concentrated levels, they are known as extracts. Many fat burning or weight loss products sold today contain green tea extracts as key ingredients. Some extracts provide concentrations levels equal to consuming 4 daily cups of tea and many are decaffeinated. You could combine taking the extract and drinking 2 to 3 cups of tea to get to the levels indicated in the study.

There is also emerging data suggesting that the longer one has consumed tea, the more fat will burn. Researchers in Taiwan from the National Cheng Kung University Hospital conducted the first large-scale population study investigating the link between long-term tea drinkers and reduced body fat.

The researchers studied 1,103 adults over a period of about 10 years. Participants were not asked to diet or follow any particular weight control guidelines. Their tea consumption, along with other lifestyle attributes, was acquired using questionnaires.

Forty percent of the participants drank tea regularly, consuming the equivalent of about 2 cups every day of either oolong tea or green tea. Researchers discovered that 140 of the regular tea drinkers who had drunk tea for 10 years or more had an average body fat of 20%. Non tea drinking participant had an average body fat of 25%. Researchers came to the conclusion that long-term consumption of a green tea or an oolong tea may promote the burning of body fat.

Does Exercise Factor into Tea’s Ability to Stimulate Weight Loss? 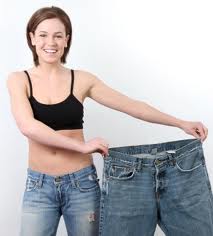