Separate studies were conducted on the consumption of green tea and the consumption of black tea, analyzing their effects on rheumatoid arthritis; and the study findings were quite different, and surprising. Drinking tea is generally known to provide a plethora of health benefits from potentially clearing and preventing acne to preventing the development of cancer cells, and both types of tea have their claims to some great health benefits.

However, in the case of tea’s effects on rheumatoid arthritis, it appears that drinking green tea may ease the pain and development of the disease, while black tea may lead to an increased risk of developing it, particularly in certain age groups.

Rheumatoid arthritis (RA) is a debilitating, inflammatory disease that leads to severe swelling, stiffness, pain, and loss of motion in joint areas, such as knees, fingers and wrists. The disease occurs when a rogue immune system attacks tissue called synovia, which lines cavities within the joints, causing the degeneration of joints and other symptoms of RA. More women are affected by RA than men, and their numbers are rising. In 1995, 36 out of 100,000 women had been diagnosed with the disease, however, 2005 numbers showed an increase to 54 out of 100,000 women having been afflicted with it. In the United States over 2.1 million people suffer from RA. 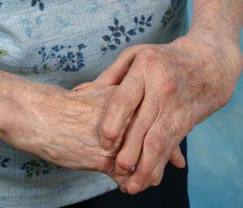 It is interesting to note that anecdotal evidence suggests that people living in countries where large amounts of green tea is regularly consumed are significantly less apt to develop RA than people who don’t drink green tea.

RA remains incurable, and the typical treatments include controlling the symptoms of the disease with pain relieving and anti-inflammatory medicine, which slows damage to joints. Emphasis is also placed on eating a healthy diet, taking dietary supplements, and getting exercise.

Eating a healthy diet for patients of rheumatoid arthritis, may include green tea, but not black tea. Green tea, reportedly, can help in the prevention of the disease as well as managing of pain for those who have the disease.

Extensive research, conducted at Case Western Reserve University (CWRU), during the last decade, has discovered a link between powerful antioxidant polyphenols (aka catechins) that occur naturally in green tea and the prevention of RA and a reduced severity of the disease for those afflicted with it. On a broader scale, the research also revealed green tea’s cancer-preventing and anti-inflammatory characteristics. CWRU and its School of Medicine is a top national university and a leading, independent research institute based in Cleveland, Ohio, in the United States.

The CWRU study analyzed the effects of the tea’s polyphenols on mice that had collagen-induced arthritis, emulating a condition similar to RA in humans. Polyphenol chemicals occur naturally in some foods, including green tea, and may work as antioxidants, protecting the human body from certain stresses that cause disease. Polyphenols in the green tea leaf has much more powerful antioxidant activity levels than other recognized antioxidants, like vitamin E and vitamin C.

Of 3 separate study groups, 18 mice that were given a green tea extract had a considerably reduced likelihood of developing RA. In fact, of this group only 8 mice developed the disease. Additionally, researchers discovered that those 8 mice that developed RA while being given green tea had less rigorous forms of the disease.

Among 18 mice not given a green tea extract, 17 of the mice developed RA.

The green tea extract used in the study was equivalent to drinking 4 cups of tea per day.

In another lab experiment conducted at the University in Ann Arbor, Michigan, inflammation severity of pain, and decreased bone loss associated with RA appeared to be reduced by the consumption of green tea.

For this study, the tests were not performed on people or animals, but on the cells of tissue that form the human joint’s lining – the synovia, also referred to as synovial fibroblasts. The cultured cells were drenched with the active polyphenol ingredient found in green tea, after which a joint deteriorating protein responsible for bone loss in RA patients was introduced to the cells.

The study team discovered that the protein was inhibited by the green tea.

Earlier studies by the University of Ann Arbor discovered that the components of green tea protected joint cells from damaging effects of enzymes and proteins that cause cartilage breakdown commonly found in RA.

Researchers thought it too soon to know if green tea will mimic the benefits found in the lab tests, but it certainly won’t hurt the cause. Drinking 3 to 4 8-oz. cups of green tea daily to reduce arthritis pain might just be worth trying! 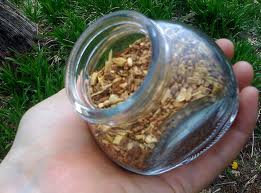 Studies on the relationship between black tea and RA are not so positive. A Georgetown University study claims that the regular consumption of black tea leads to a higher risk of developing rheumatoid arthritis in post-menopausal women.

In the large-scale study of 76,000 U.S. women with ages ranging from 50 to 79, researchers found that women who drink greater than 4 cups of black tea per day have a 78% greater chance of developing rheumatoid arthritis when compared to those women who never drink tea. They also discovered that women who consume any amount of black tea, even small quantities, per day, have a 40% risk of developing RA.

Green tea was excluded from the study, however, the effects of coffee on RA was analyzed, but found to have no similar result as that found with the consumption of black tea.

Researchers were surprised to find such  a difference in the results between coffee and black tea’s impact on the women; more research needs to be done to understand the components of tea that cause the considerable increase in the risk of RA.