Acne is a common skin ailment that can affect people of all ages, but most prone to having acne are those who are going through hormonal changes, such as teenagers, pregnant woman, and menopausal women. Acne develops when the secretion of hormones and other substances in sebaceous glands results in blocked skin pores. Acne is most commonly seen on the face, back, neck, and shoulders.

The clogged pores lead to the eruption of derma blemishes, such as white heads, black heads, and pimples. And for anyone suffering from acne, particularly teenagers, it can be emotionally painful to have these blemishes on the face. Acne can leave scars on the skin as well as in the minds of teenagers who are trying to find their identity, but having to do so with continual outbreaks of acne.

Eighty-five percent of teenagers and young adults between the ages of 12 and 24 will have acne, and 25% of that group will suffer some permanent scarring. Many treatments are available for acne and acne scar tissue, but they often include applying synthetic ointments, such as benzoyl peroxide and zinc sulphate to the affected area. These ointments are harsh and tend to irritate the skin, dry it out, and cause additional problems. 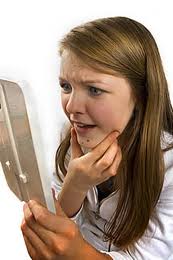 If you’ve checked into the health benefits of drinking tea, it will not come as any surprise to you that the research on green tea’s effect on the skin and acne includes analyzing the natural antioxidants found in tea, namely the polyphenols, which is a catchall term for tea catechins.

Green tea and acne studies, like one done at the Medical Center at the University of Maryland, have found that the therapeutic qualities of tea are supplied by catechins. Research has found 6 catechin composites in the green tea. The tea catechin with the greatest amount of antioxidant qualities is epigallocatechin-3-gallate (EGCG). Other primary catechins in tea include epicatechin-gallate (ECG), epigallocatechin (EGC), along with epicatechin (EC).  These tea catechins reportedly have antioxidant qualities far superior to those found in vitamin C. The strong antioxidant properties in tea are thought to be the catalyst for many health benefits, including the treatment of acne.

Applying green tea to the skin can help protect it from an oxidative stress by raising the antioxidant count in the skin. A report in Natural News states that those suffering from acne have lower levels of skin antioxidants when compared to skin from those with no acne. By augmenting antioxidants in skin, damage from oxidative stress may be lessened. It is thought that the reduction may lower the production of sebum oil, thus helping to prevent clogged skin pores and development of Propionibacterium – the primary bacteria responsible for causing derma inflammation and pimples.

Green tea extracts and supplements have concentrated levels of the active antioxidant ingredients in tea and are also reported to benefit those prone to acne.

More research is underway on whether the components of green tea are also useful in treating acne scars. But, if tea catechins help prevent acne from occurring, there won’t be scarring. For skin already affected with scar tissue, the tea catechins may help repair skin cells, as was reported in the Journal of the American Academy of Dermatology.

A University of Miami study on acne treatments that was published in an April, 2009 Journal of Drugs in Dermatology reported successful results using tea as a treatment for participants who suffered with mild to moderate problems with acne. Researchers found that after applying a lotion with 2% green tea twice a day for six weeks, participant’s lesions had improved in both quantity and severity.

A 2006 study published with The Saudi Medical Journal compared the use of lotion that contained 2% green tea with lotion containing 5% zinc sulphate. Participants using tea lotion had a significantly greater decrease in lesions compared to those using zinc lotion.

To obtain the benefit of green tea to prevent acne or repair scar tissue, you can drink it, apply it to your skin, take a supplement or extract, or ideally, use a combination of these options. Doing so may reduce inflammation, redness, and help to kill certain bacteria on your skin. 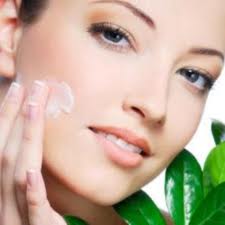 Using green tea both externally and internally will improve your treatment results. According to the University of Maryland Medical Center, drinking 2 or 3 cups of brewed green tea a day or downing 100 – 750 mg. of a green tea extract a day may help relieve acne symptoms.

Note: Most other tea research recommends consuming more than 4 cups of brewed tea each day to reap the most health benefits from tea – some experts recommend drinking 6 to 8 cups or more a day.

There are a few ways to apply tea to the skin, all quite easy to do. The easiest method is to swab your face with a tea bag after brewing a cup of tea to drink, doing that 2 to 3 times a day. Another method is similar (but not the same) to brewing tea for drinking, and it goes as follows: