Anyone suffering from depression will tell you that if there were some thing they could do to ease the pain of the down moods and feelings of dread that often characterize this illness that can be caused by a chemical imbalance in our brains that or the impact of life changes or events, they want to hear all about it.

Depression is a serious condition and shouldn’t be taken lightly. Depression caused by a chemical imbalance is most likely a persistent and life-long malady that must be treated under a doctor’s care. Depression that occurs due to life changes or events, such as: divorce, the death of a loved one, aging, the loss of employment, etc. can have a shorter life span as the depressed person learns to adjust or cope with the change.

Recent studies have shown that the rich antioxidants found in green tea have many potential health benefits for those who drink 3 to 4 cups of the beverage every day.  But, at least three green tea studies have linked the amino acid called L-theanine to decreased levels of depression for those who consumed 4 or more cups of good quality green tea on a daily basis, as well. 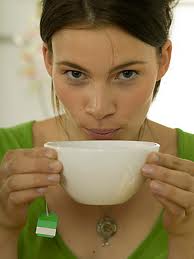 Theanine is a natural component of the tea leaf that provides an anti-stress benefit to tea drinkers. While tea, like coffee, has caffeine, which can temporarily elevate mood but is often associated with an edgy alertness in people who consume caffeine. Coffee does not have theanine. It is the theanine that is thought to counteract the tension associated with caffeinated beverages, providing a relaxed alertness to those who consume tea.

The elderly often suffer from depression due to many factors, such as illness, isolation and loneliness, immobility, and it can have a devastating impact on them.  It can elevate the risk of developing other illnesses, worsen current medical conditions, and make them feel more isolated and lonely.

In light of this, a study was conducted by Dr. Kaijun Niu at the Tohoku University Graduate School in Sendai, Japan. He analyzed the impact of tea consumption on late-life depression in 1058 elderly women and men over 70 years of age.

With the help of a Geriatric Depression Scale that identified 30 depression indicators, the study participants were surveyed on their daily green tea consumption and on their depression symptoms. Researchers also took into consideration outside variables/factors as economic and social status, diet, gender, medical history, and use of prescribed antidepressants. At the start of the study, over 35% of the participants suffered with mild to medium symptoms of depression and about 22% were considered to have symptoms of the severely depressed.

The results of the study indicated that, even after all outside variables were considered, 44% of the participants were less apt to have symptoms of depression and major symptoms were reduced if the elderly person consumed 4 or more cups of green tea daily compared to those who consumed less than a cup a day.

Additionally, researchers found that other teas, like black or oolong, or coffee had no similar effects on depression symptoms. All teas originate from the leaves of the Camellia Sinensis plant, but the processing of green tea by steaming the leaves results in the preservation of a great quantity of antioxidants than is found in the other tea varieties of black, oolong or white.

While theanine spawns a tranquilizing effect by stimulating the production of alpha-brain waves that are associated with relaxation, it is also known to alter our brain’s neurotransmitters, like dopamine and serotonin, which can seriously affect our mood.

In a study at the University of San Francisco (USF), researchers found that the polyphenols (antioxidants) in green tea can boost the availability of dopamine in certain crucial areas of the brain. Dopamine is an important chemical in the brain that is a key factor in creating our positive moods. The lack or diminished supply of dopamine can cause the chemical imbalance that we referred to earlier – the result of which is depression.

As a side note: dopamine is also known to transmit signals of motivation and reward and to help muscle move smoothly. Thus, the production of dopamine has gone awry in the brain circuits of Parkinson patients, which leads to the muscle tremors and rigidity linked with this disorder.

USF researchers had measured dopamine levels in mice prior to treating a number of them with polyphenols. They then injured the particular neurons that are associated with Parkinson’s disease in all of the mice, after which they re-measured dopamine levels. The mice that were treated with polyphenols seemed to have been shielded against harmful elements that are thought linked to the disease.

Another recent study evaluated symptoms of depression in Chinese women who had been breast cancer patients. This study also showed that regular green tea consumption may be favorable to fighting one’s depression.

Researchers studied 1,399 women enrolled in the Shanghai Breast Cancer Survival Study in China who had an average age of 55. Their findings showed that the women in the study who consumed green tea regularly and exercised had a 36% less likelihood of developing depression than those of the study who did not drink tea. 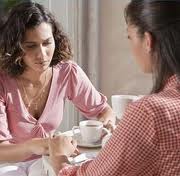 While there is much hope in these studies for the consumption of green tea to have a favorable impact on feelings of depression, these studies were most likely done with the use of a good quality full-leaf Chinese or Japanese green tea. The studies were not done using the tea that we find on the grocery store shelf in America. And imported good quality tea can be expensive. Yet, for anyone suffering with depression it may very well be worth the price – and with the good quality tea you can reuse the leaves multiple times (also called multiple infusions), so that helps break the cost down quite a bit.

This article is not meant to advise or even hint that you should begin to drink green tea to help with depression. Anyone suffering with depression should seek a doctor’s care; and if you are already taking an anti-depressant, ask your doctor or pharmacist about its interaction with green tea to ensure that they are safe to take together.  As an example, green tea has been shown to decrease blood levels of the drug, Lithium, a medication prescribed to treat manic depression. So there is that to be cautious of, even while we know that the benefits of drinking green tea in reducing the symptoms of depression are quite hopeful.