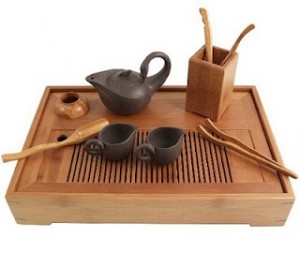 Quanzhou.  Gong Fu, also spelt as Kong Fu, means  talented in making tea.   The term Gong Fu Cha Dao, therefore, means being talented in the ways of tea. It is also referred to as  a Fujian tea ceremony wherein the tea plays the lead and is the one put on show, quite unlike Japanese or Korean tea ceremonies. The ceremony’s procedures are made to bring out the finest flavour of tea