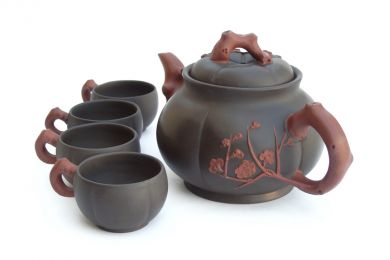 A.   Receiving and eating Wagashi

These sweets are to be  eaten only after the Teishu has already warmed the Chawan with hot water from the Kama and has disposed of the waste water.

The Shokyaku asks  the other guests whether they had enough or  if they want more green tea.

If the guests don’t want any more tea, the Shokyaku will then request the Teishu to fix and clean up the equipment and end the ceremony.