What is White Tea?

True, traditional, white tea is uniquely defined as tea that comes from the first buds on a cultivar of a more than 200-year-old tea bush from the Fujian Province on China’s eastern coast.

More specifically, about 95% of white tea comes from the Da Hao or “Big Sprout” variety of the Camellia Sinensis (tea) plant. This family of tea bushes includes:

These tea plants are unique in that they produce buds and leaves that in post-processing reveal a fine feathering of white “hair”, thus adding further distinction to white tea. 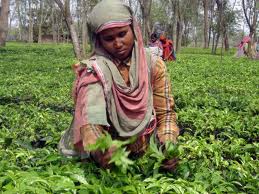 Legends abound about tea, and white tea claims its own story. In the time of early Chinese Emperors, it is said that only virgins wearing white silk gloves were allowed to pick the buds for white tea. If that were done today, it would be quite expensive to produce, indeed! Still, traditional white tea from the Fujian Province is one of the most expensive teas to purchase for a number of reasons:

The Processing of White Tea

The minimal processing of the tea buds gives the resulting white tea its unique color and characteristics. While we can’t minimize the hard work that goes into the processing of white tea, it is an uncomplicated two-step process. After plucking, the buds first undergo an outdoor shaded withering and then a second indoor withering. 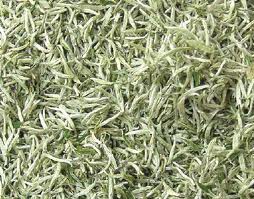 The outdoor withering of the buds starts on the bush, where they are shaded approximately 3 weeks before plucking. Shade withering is typically continued after plucking in the open air under a pavilion of sorts. The buds are then moved indoors to complete withering to the level expected by the tea master.

Then end result, is a white tea that is light in color, delicately sweet tea tasting with interesting tones reminiscent of both honey and chestnuts.

Authentic, traditional white tea should be labeled as coming from the Fujian Province and as having been produced from tea buds only – no tea leaves should be in the mix. But due to it increasing notoriety, the demand for white tea has prompted tea makers from other regions to make their version of white tea. These new producers of white tea include the Anhui Province of China; Darjeeling, Assam, and Nilgiri of India; and Sri Lanka.

Some of the tea makers follow the traditions of the Fujian tea makers to create white tea that might be similar to Fujian white tea with the following exceptions:

These other tea growers have come up with their own style of making white tea, making it a more affordable tea on the market. Instead of using only the young buds they might use one of the following 4 from the tea bush:

To try this new wave of teas, you might look for the following types of tea:

Premiere Fujian Province white teas are all cousins of the tea known in China as Bai Hao Yin Zhen, and include:

White Tea Compared to Other Classes of Tea 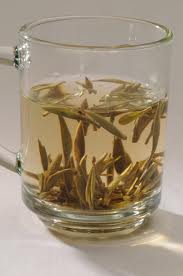 Due to withering methods, white tea can have oxidation levels ranging anywhere between 8 and 15 percent. Most of the oxidation occurs during the shaded withering of the tea buds, but a bit of it comes from the second indoor withering. Oxidation levels in other classes of tea are as follows:

* Tea experts/connoisseurs have been known to vary on this, some ranging oolong oxidation levels at say, 20 to 80 percent – the main things to know is that it can run anywhere between a green tea and a black tea in terms of oxidation.

Trying different types of white tea from different regions will give you a broad perspective on the flavor, aromas, and characteristics of this unique tea, and how it changes from one growing region to the next, and one tea bush to the next. I hope you’ll have the chance to experience the new wave of white tea as well as the heralded traditional white tea from the Fujian Province.