1.Historically, the cultivation and brewing of  Indian tea  is used in  traditional 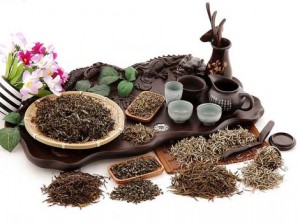 medicinal practices and also as a pleasurable drink.

2. The earliest documented use of tea in India was in the Ramayana (750-500 BC) but
for the succeeding years,  all records documenting tea practices in India has been
lost.

3. The  Singpho and Khamti tribes living in Arunachal Pradesh and  the north of Burma
have  claimed to be drinking tea as early as the 12th century.

4. Research has proven that the eastern and northern parts of  India has practiced the
cultivation of tea and its consumption for more than a thousand years.

5. The production of tea in India for commercial purposes occurred only with the coming
of the British East India Company when vast lands were used for tea cultivation.
India’s Tea Board  controls all  tea production, certification ,  exportation and all other
aspects regulating the tea industry in India.

6.  In 1820, the East India Company began to massively cultivate  tea in Assam.  This
tea variety was traditionally used by the Singpho tribe.  In 1837,  a  tea garden
characteristic of the English came about in Chubua,  upper Assam..   In 1840,
production of  tea for commercial purposes  began in Assam region.   Most of India’s
tea is consumed by the local market,  with 70% of India’s population consuming  tea,
thus making it the world’s biggest consumer of  tea.